Official data show that more than 60 million children have been left behind in rural areas of China, as adults have joined the rush of migrant workers to find jobs in the nation’s boomtowns.

The kids, dubbed as “left-behind” children, usually live with their aged grandparents and grow up without one or both their parents.

A series of snapshots of five rural children in East China will possibly give you some insight into the life of this “left-behind” generation. 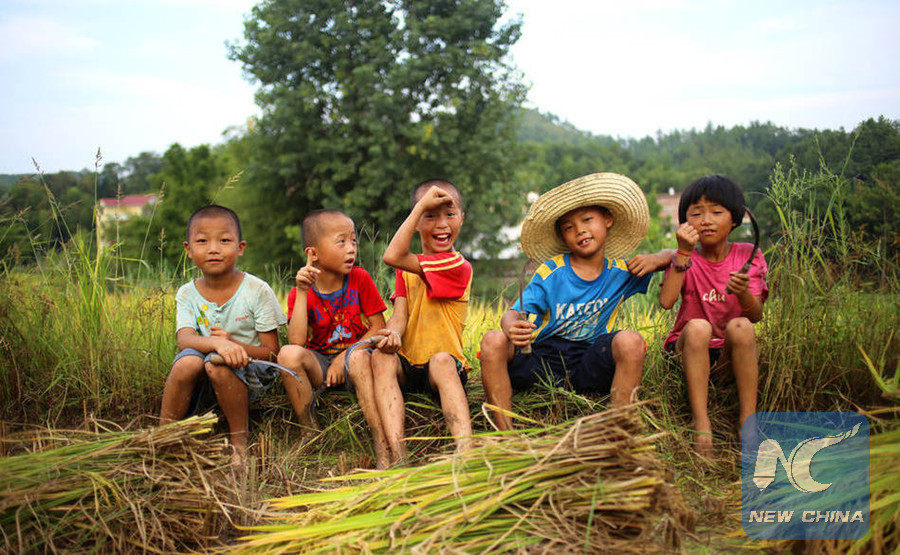 Like millions of children in rural China, 12-year-old Dongdong (in the middle) and his little friends in a remote village in East China’s Jiangxi Province, is used to spending the summer holidays at home without seeing their parents.

The vocation means little relaxation for them, as they have to help their ailing grandpas and grandmas with chores and even farm work. 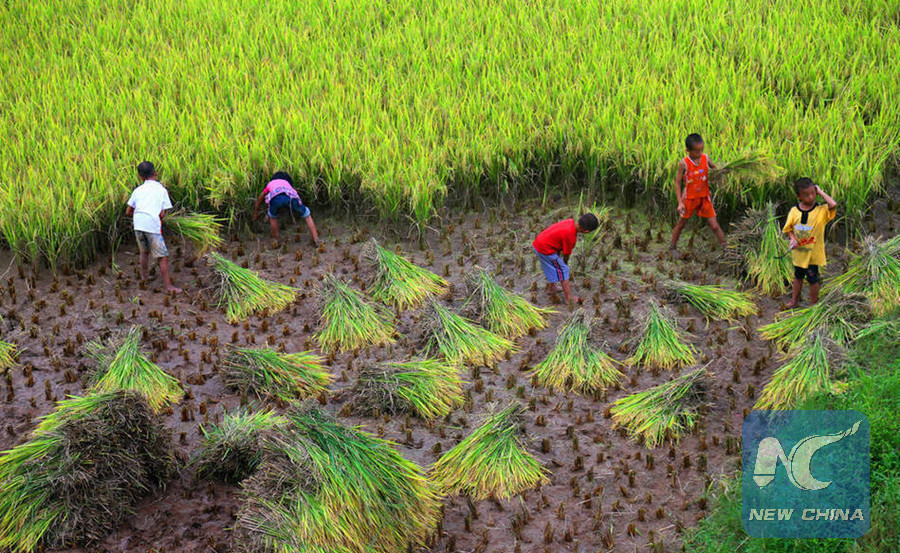 In Jiangxi, the dog days happen to be the harvest time of rice, the main crop in the region. Every day, Dongdong and his friends spend long hours stooping over muddy paddies to harvest rice. 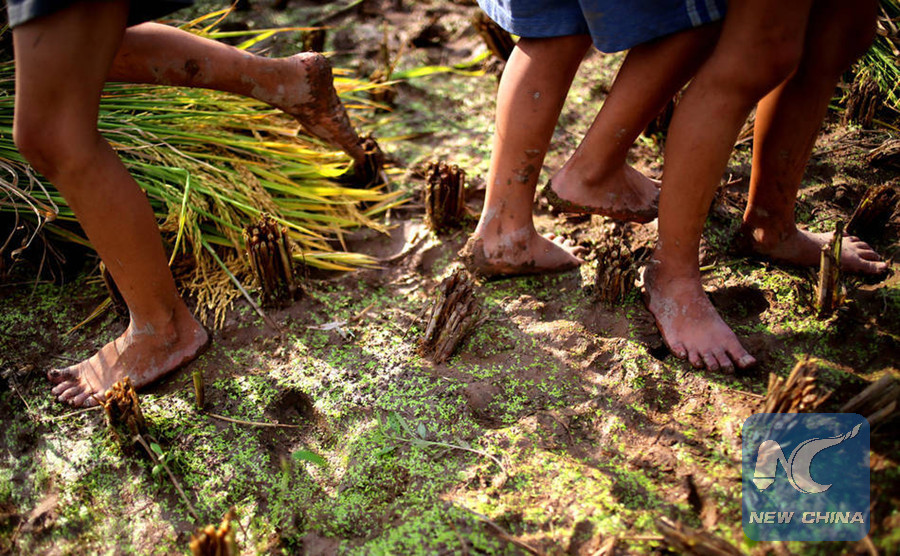 The village locates in a hilly area. Modern harvesters can hardly work. The kids have learned to use hand-held cutting tools or knives from their grand parents.

There will also be moments of trivial arguments between the kids. Linlin sits alone with a sullen face, after Dongdong has shoved him in the field without saying “I’m sorry”. 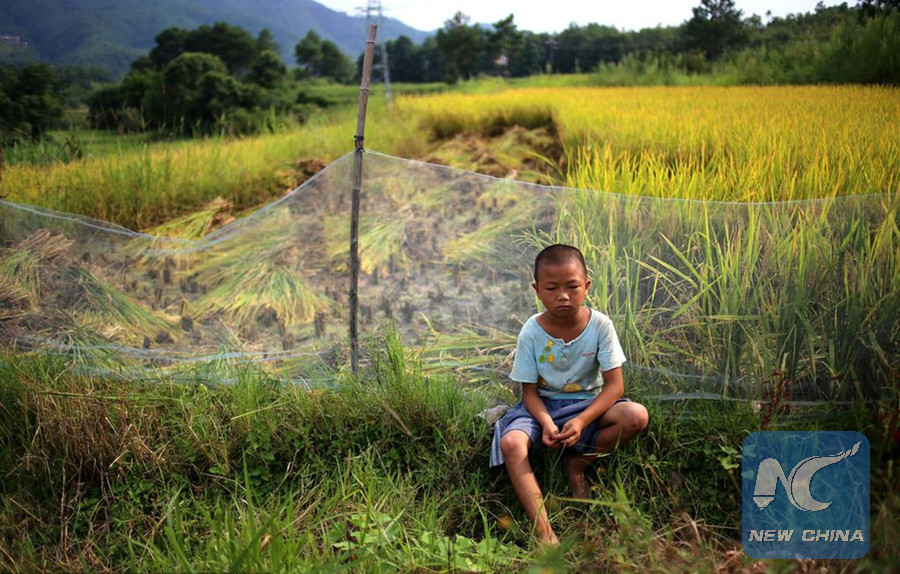 But most of the time, they are having fun together in the toilsome labor. Isn’t it genius to act like a turtle with the rice container? 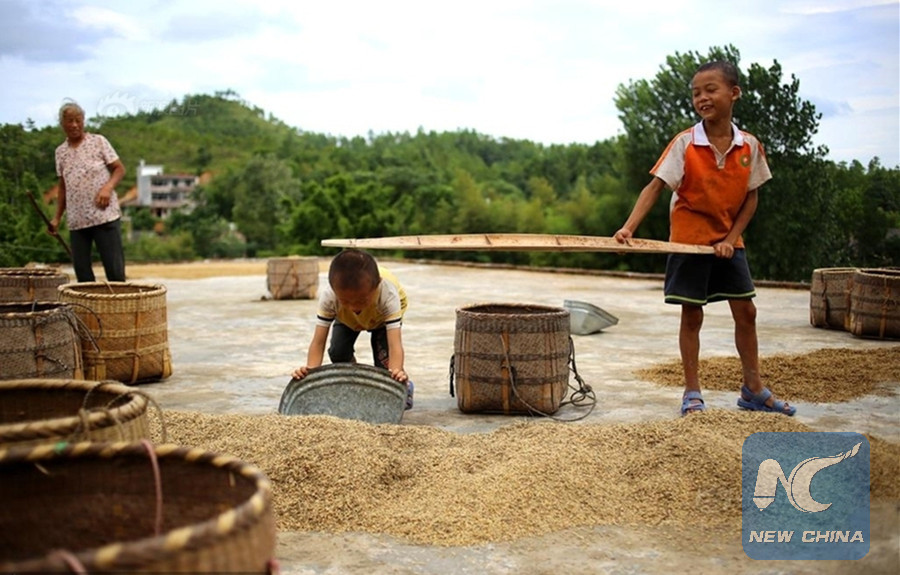 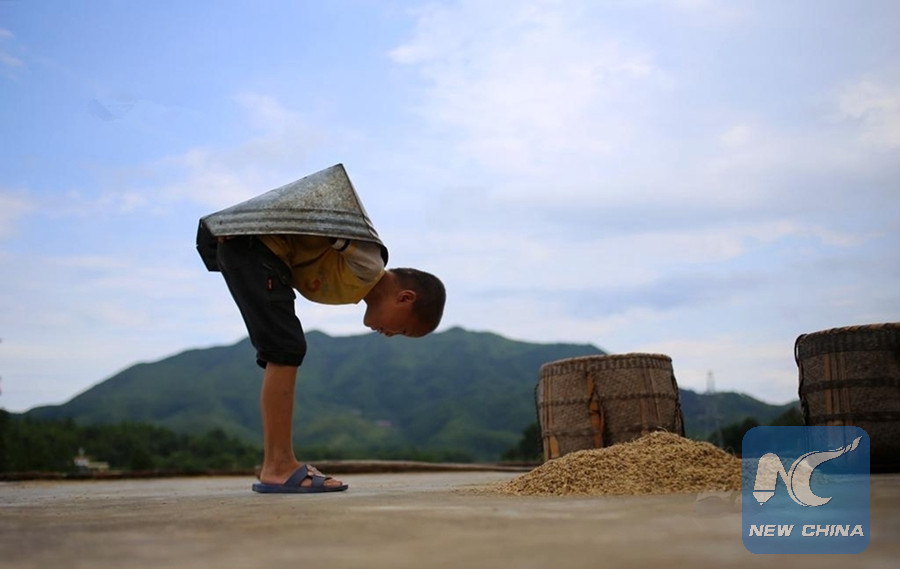 After a long day’s work, here comes the reward: they are finally allowed to watch TV in grandpa’s bedroom. For Dongdong and other kids, television is the most attractive companion in their days without papas and mamas. 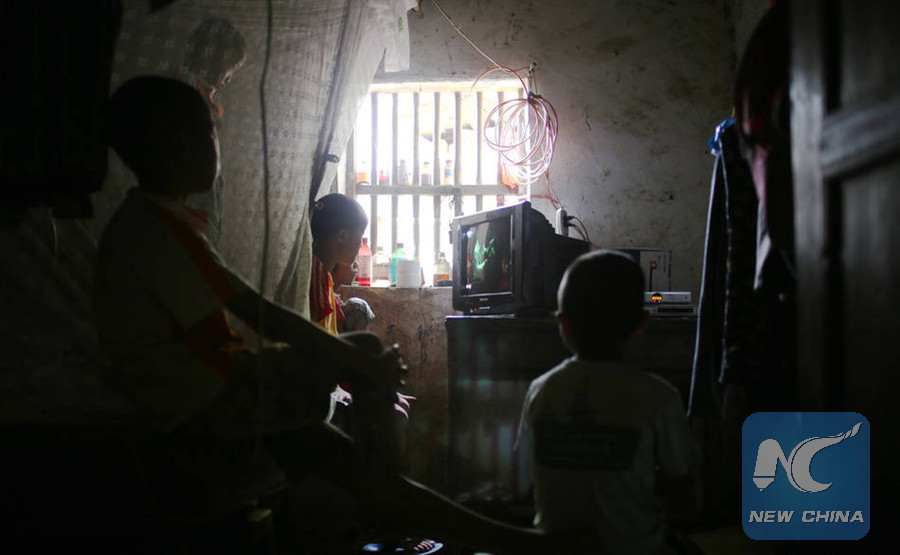 The little black box opened a window for them to peep into the outside world. The fascinating cartoons easily win their heart and instill in them a fondness for characters that are also loved by kids in other parts of the world. 8-year old Mingming, the youngest among the five kids, carries his Pikachu toy wherever he goes, even to the miry paddies. 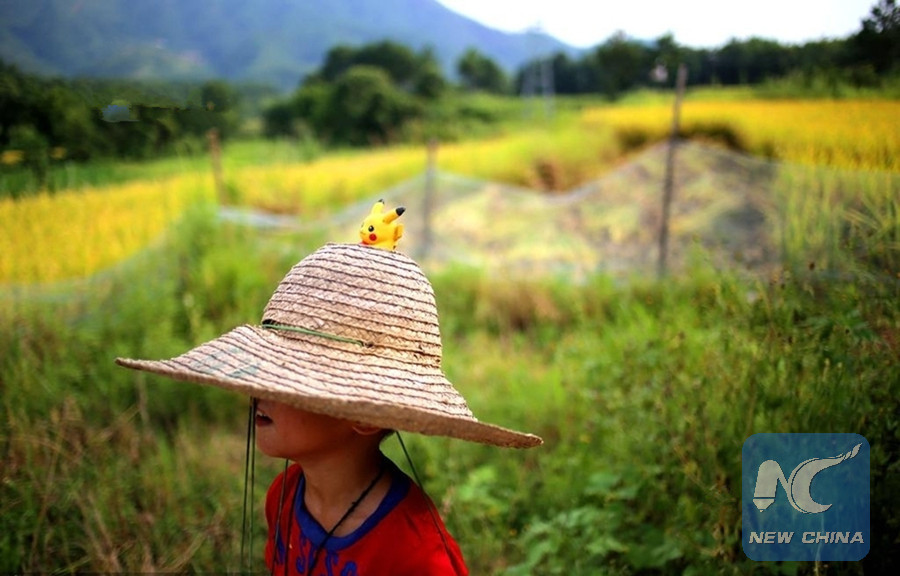 Certificates of merit hang on the wall in their grandpa’s ramshackle. “Good Kid”, it wrote. However, dropout rates in rural areas like Dongdong and Mingming’s home village are much higher than at urban schools, partly because the rush to cities shows little signs of slackening. What’s the future for those “left-behind” children? After the summer, there’s still no answer. 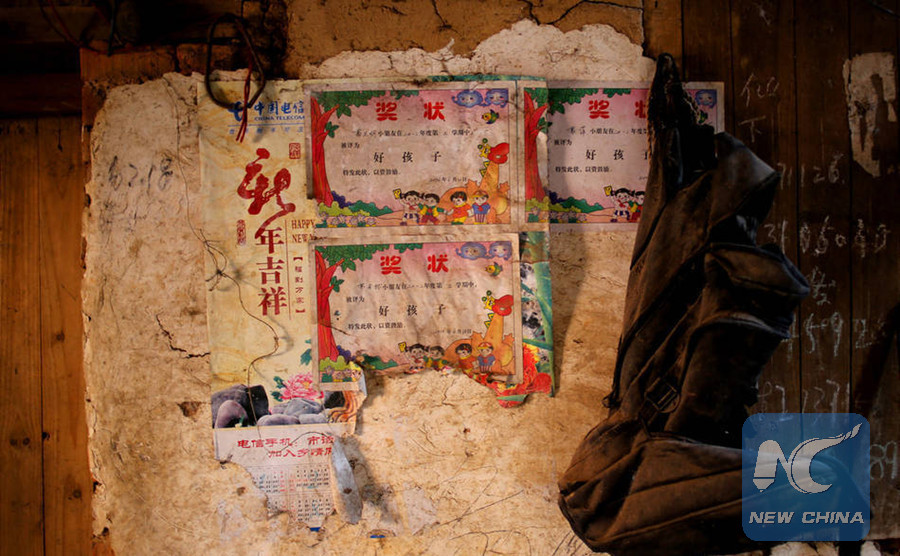